How Rock Star Pink Trains For Her Gravity-Defying Stage Performances

If there was a competition looking for who has the best abs in the entertainment industry, Pink would definitely a strong contender.

Throughout her career, the blonde beauty has managed to stand out from other pop and rock musicians of her time with her unique voice and unconventionally fit body.

Another edge she has over her other female music acts is her ability to translate her athleticism into some gravity-defying performances in her live concerts.

Find out what she does to stay fit enough to perform these stunts. 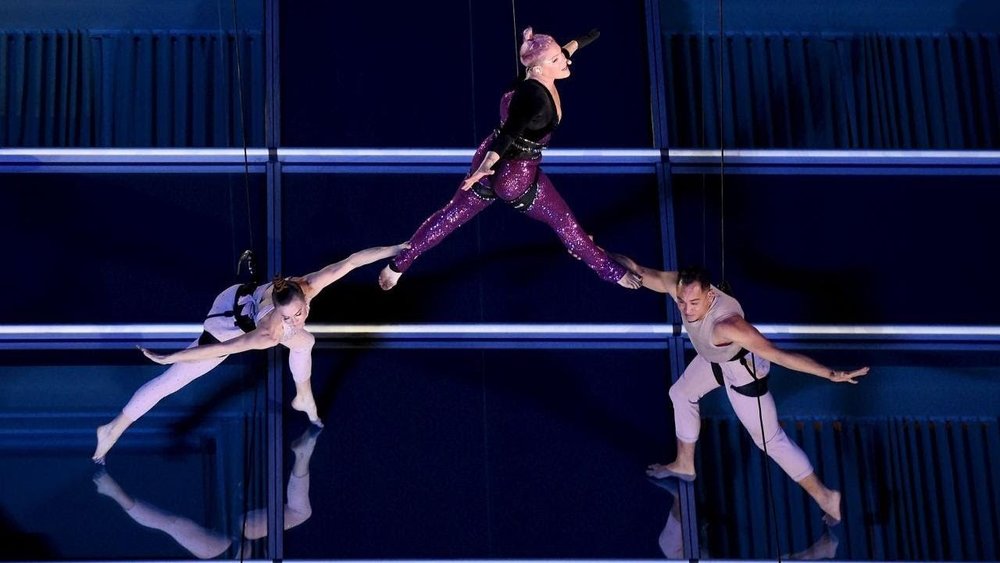 The singer first started incorporating aerial acrobatics to her performances in 2006.

Working Out and Staying Off The Scale

The pop-rock musician admitted that at her current height and weight ( five feet and three and 160 pounds) other people may qualify her as overweight. But the 39-year-old performer extraordinaire doesn’t feel that way.

Given her intense workout routine, . Besides, staying off the scale and not focussing on a number helps the singer keep fit as well.

According to the Grammy winner, she starts her days by doing an hour of cardio followed by another hour of yoga six days a week.

However, her routine becomes way more intense when she’s on the road touring. , some yoga and cardio sessions, and a rig check for safety during her stunts.

Cycling is of her favorite ways to get her cardio workout. She usually bikes 32 miles per session and has even cycled to benefit a charity.

Her former trainer, Gregory Joujon-Roche usually puts the singer on an 11-day cleanse before starting her training in order to restart her metabolism and prepare her body for the intense physical activities to come.

During training, , and greens. This means a breakfast of protein and fruit-packed smoothie in order to boost metabolism and energy throughout the day.

Tips on Shedding the Baby Weight 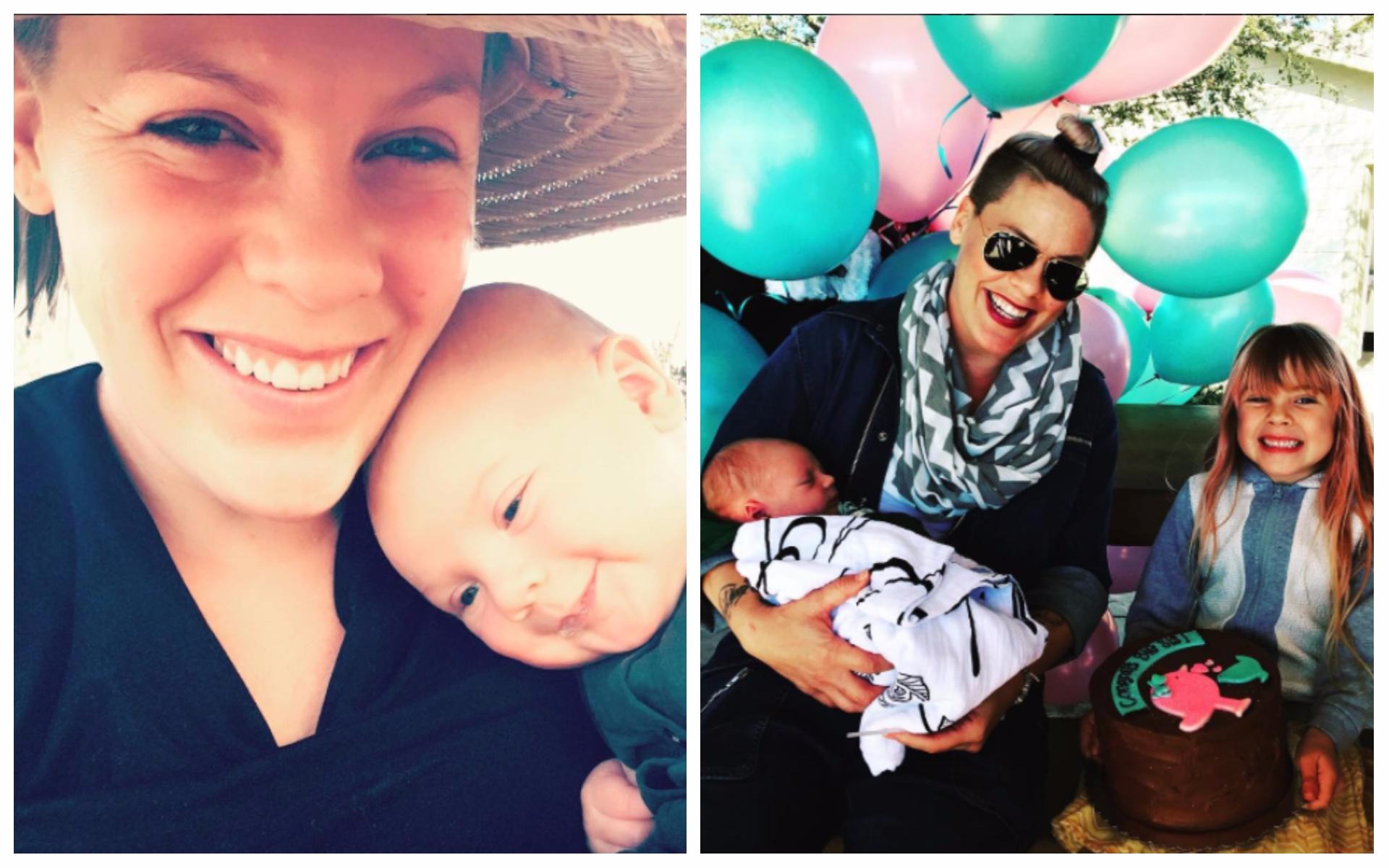 Willow is the singer’s first daughter with her motocross star husband Carey Grant. They now have another child, a son called Jameson Moon born in 2016.

Pink has always managed to keep a fit physique throughout her career but she’s also admitted how she let herself go a little bit while pregnant.

While carrying her daughter, Willow, the singer indulged her cravings for cheesecake and sour sweets like Skittles, key lime pie, and Sour Patch Kids.

But like she always does, Pink managed to get herself on track again with the help of her hubby, Carey Hart and trainers Jeanette Jenkins and Jillian Michaels.

According to Pink, the two trainers kicked her bum back into shape and assisted her to lose 5 pounds of post-pregnancy weight to get in shape for her 2011 tour. In retrospect, she believed that that was the time when she was in the best shape of her life.